Two scenarios when you should use an alarm monitoring service

If you have an alarm system, here are a couple of scenarios in which you should use an alarm monitoring service.

1. You have no neighbours

If you live somewhere rural and there are no other people living nearby, then you should use an alarm monitoring service. When a property is situated in a built-up residential area, its owner can rely on their neighbours to react if they hear the alarm going off when the owner is not in the house. If for example, whilst the owner is on holiday, a burglar sets their house alarm off, at least one of the people living nearby will either come out of their home to see what has caused the alarm to go off or will simply call the police immediately.

However, if you have no neighbours, and you ever go away on holiday or stay somewhere else overnight, your alarm won't have any impact on a burglar's ability to enter your home and steal your things, as there will be no-one around to hear the alarm and let the police know what's happening. In this situation, using an alarm monitoring service would ensure that if you are not present to hear the alarm and take action, the appropriate authorities will still be alerted to the alarm going off and the burglar who set it off will not have anywhere near as much time to scour your home for valuables.

2. You are concerned about noise complaints being made against you

If you have neighbours who dislike noise and have made official complaints about the loud noise made by other people who live locally, then this type of monitoring system could be useful. Sometimes innocuous things like the neighbour's cat sneaking in through an open window or a saucepan falling onto the floor can set off your sensor-based house alarm when you're not around.

If you're not at home when your alarm goes off for this type of innocent reason, it may continue to produce its loud sound until you return or the alarm battery dies. If the alarm was set off by, for example, a cat rather than a burglar, the police won't be able to enter your home and switch off the alarm, even if the neighbours call them. As such, your neighbours will simply have to put up with listening to this loud sound until you get home and turn it off. If this happens more than a couple of times, they may inform the local authority and you might be fined.

Conversely, if you had a monitoring system integrated into your alarm, the monitoring centre could, after assessing the situation and determining that the alarm was set off accidentally, then turn it off before your neighbours start to complain. 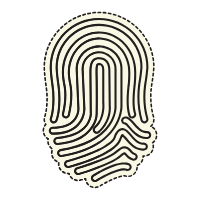 It is never too late to take steps to improve the security around your home. If you want to get serious about security, this blog is just the place to start your journey. While I cannot claim to be a security expert, I have spent a very long time carrying out research into how to keep a residential property safe and secure. I have read about CCTV systems, lighting, fences, and other measure which can help to deter intruders who may wish to steal from your home. I hope you find some useful info on this site. Thank you for stopping to check it out!